Asperger’s Syndrome (AS) is a form of Autism that is in the mild end of the autism spectrum. 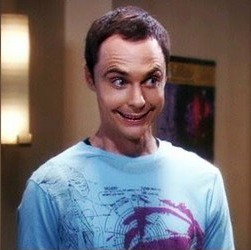 Similar to other forms of autism, AS is characterized by deficits in social communication, social interaction and imagination, but usually have average or above average IQ levels. People with AS always think literally, have little to no clue about facial expressions, tone of voice, and gestures. They find other people difficult to ‘read’ (Theory of Mind), hence may view others’ actions as confusing and also fail to behave in socially appropriate ways. Most conversations with them are one-sided, with them leading and rarely taking your opinions. Finally, they stick to their routines and have a special interest that they may excell on.

Anyone who is familiar with the show ‘Big Bang Theory’ will know that all of the characteristics mentioned above describe Dr. Sheldon Cooper, played by Jim Parsons (pictured). In the show, Sheldon is a top physicist who works in a university and hangs out with his friends Leonard (who is also his roommate), Raj and Howard. Being a physicist is an ideal job for people with AS due to the literality of the subject (as supposed to social sciences). Most of Physics are underpinned by mathematical equations which are perfect for AS-affected individuals, as supposed to, say Sociology or Psychology which are founded on researching human-beings in ways that Sheldon will find repulsive.

Sheldon also does not understand sarcasm (see video below). To be able to get sarcasm requires abstract thinking, knowledge of varying tones of voice and a firm grasp of the social situation one person is in. Sheldon does not possess any of these- Leonard actually ended up putting a ‘sarcasm sign’ for him to understand. As seen in the video clip below, Sheldon struggles to understand the consequences of his actions and also Penny’s and Leonard’s emotions.

Also, he is incapable of ‘faking’ his emotions in order to avoid hurting other people’s feelings. In the video below, Sheldon does not agree that Raj is getting featured in Time Magazine’s 30 under 30 issue. As a result, he insulted Raj. His friends then decided to invite Raj to dinner. Notice how Sheldon asks how he can fake his happiness. Children who have AS are often given social stories which teaches them how to behave appropriately in different social situations.

Sheldon also voices his dislike in a change in his routines. The first video below shows Sheldon explaining why he sits in a specific spot in the couch and what difference it made when he tried to sit on a different space. In the second video, the group decided to eat Thai food instead of pizza, which Sheldon is used to. He explained how he likes consistency and in order to accept ‘anything can happen thursday’, he persuades the others to go to the comic book store. Getting others to agree to what they want is a common tactic employed by people with AS.

Although there was no mention that Sheldon was diagnosed with Aspergers’ Syndrome and even Sheldon reasoned that ‘his mother had him tested’, all signs point to AS. We should note however, that even though Sheldon may have AS, he is managing to live significantly comfortably. He has picked a profession that suits his condition and most importantly, allows him to excel. He has surrounded himself with people who not only tolerates him, but teaches him how to behave in particularly difficult situations. His friends mostly agrees to what he likes, and even though they usually find being with him a challenge, they still see the positive side of him.

I believe that Sheldon’s situation in the Big Bang Theory shows us a good example of living with and being around people with Asperger’s Syndrome. It shows both the fun side and the difficult side of being with individuals with AS. Granted, not every episode shows the gang’s good side in terms of dealing with Sheldon, but never the less, it shows that people with AS can be brilliant and at the same time, a good friend to be with. Whether they purposely did it or not, I think the makers of the show is doing a good job.

For more info on Autism, Asperger’s Syndrome and other ASDs, visit http://www.autism.org.uk