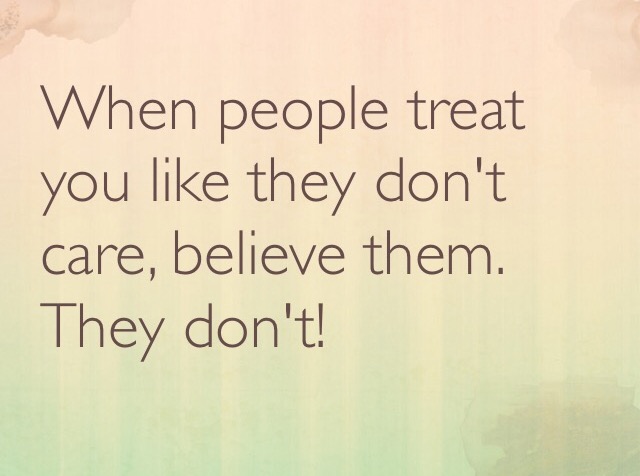 Today’s Daily Prompt: You wake up one morning to a world without mirrors. How does your life — from your everyday routines to your perception of yourself — change?

Not having to look at mirrors everyday may lead many of us, including myself, to rely on other people’s accounts on our looks (‘you have toothpaste on your cheeks’). We may never be able to check for ourselves whether we really have something on our cheeks, or whether our hair looks great. It could also mean that we would stop staring at our own reflections while judging ourselves whether we measure up to society’s idea of what we should look like. Is that a good thing? How would that affect our confidence, if at all? Would we all care?

I must remind you that we never truly see with our own eyes. We see with our beliefs. Our various ideas of what we should look like are shaped by our experiences, our interactions with things and people. Also, anything and anyone can be used as mirrors. We can truly see who we are by looking at the people around us, as most of them would treat us the way we treat them.

Tell us about one thing (or more) that you promised yourself you’d accomplish by the end of the year. How would you feel once you do? What if you don’t
– Daily Post

Here are my goals for this year:
1. Get on the Educational Psychology doctorate programme – my long-time dream and passion
2. Change my lifestyle – better diet and nutrition, and a sustainable exercise regime.
3. Develop and maintain a healthy work/study/play balance
4. Maintain a positive outlook in life
5. Make at least three people smile everyday

How am I doing so far and how am I feeling?
1. I got in, therefore I am happy. Although I believe that this opportunity comes with a ton of responsibilities.
2. I have lost weight and developed a great health plan. I just need to maintain it althroughout my life.
3. This is the holy grail for most people, right? I’m still working on tweaking a thing or two but I’m confident that I’ll get there.
4. I’m mostly happy. Being mindful of what I am doing and feeling certainly helps. Also, having a great support network around me definitely helps a lot!
5. This can be challenging, but making people smile has one of the best rewards- satisfaction and good feeling deep within.
.
.
.
More Great Expectations:
Not a punkrocker
Stiletto rockstar
The wandering poet
Jittery goat
Dreams of a phoenix
Tribal connections
Sue’s trifles
Fiction in flashes
Under the monkey tree
Journeyman
All things cute and beautiful

Yesterday marked this year’s World Autism Awareness Day. Despite my long-time passion to raise awareness of the condition, yesterday has been my first time to actively participate on WAAD, albeit on a very small part. It has been amazing to see the enormous response from people all over the world. My twitter and WordPress feeds have been full of people’s accounts of how Autism changed their lives. Professionals, family members and individuals who have ASD wrote about their experiences- the good and the bad; the struggles and the triumphs. It has definitely been an enlightening day for me, personally.

Autism Awareness Day also has it’s own critics. These people purposely refused to ‘light it up blue’ mainly because they do not agree with the ideals of Autism Speaks- a charity organisation which endorses WAAD. Autism Speaks has been widely criticized for their ‘scare-mongering’ tactics and their negative portrayal of Autism. Some argue that suh tactics can lead people to fear prople with Autism instead of accept them.

Putting the issue of Autism Speaks aside, there are a lot of positive things that I have learned just from reading people’s stories and opinions yesterday.

1. Autism Awareness is great, but what we really need is Autism Acceptance. Awareness is a huge step, but it’s not the final one. We all need to embrace the fact that a lot of people are living with ASD and we need to do our part to help them.

2. People with Autism have a lot of potentail and can flourish.

3. People around those with ASD should provide support, but they should also learn to back off. Help and teach them to be independent.

4. A lot of people with Autism have shown that they are capable of willing themselves to prove to others that having ASD does not mean the end. Many have become professors, authors, athletes and businessmen, making them the best role models for people the world over.

5. Perhaps the best thing that I have learned is that everyone can do their part, and no one contribution is bigger than another.

The video below is made by a person who has been diagnosed with Asperger’s Syndrome. In it, she lists the many positive aspects of having Asperger’s. It offers a real insight to what it really is like to have the condition. It is an eye-opener for ‘outsiders’, or those who do not have ASD/AS.