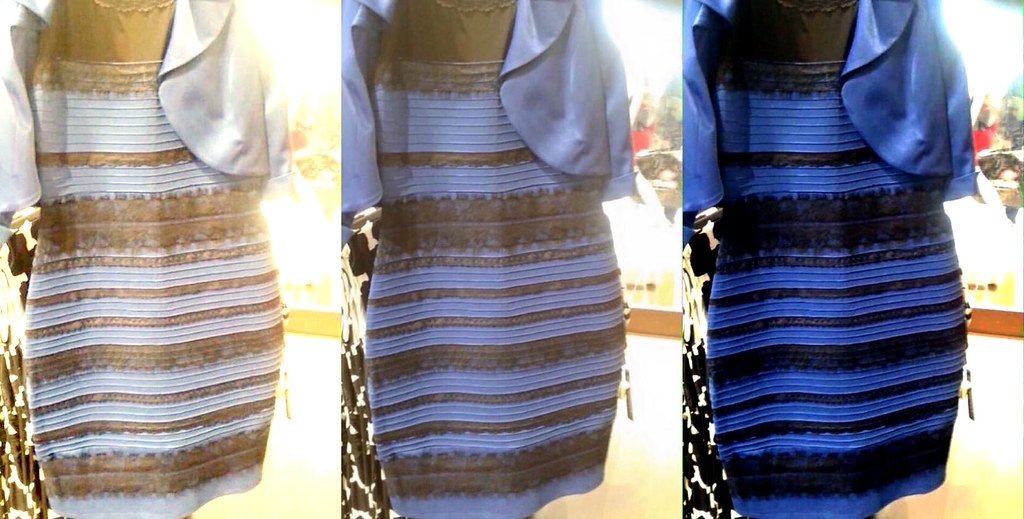 We have all heard of #thedress, right? The dress pictured above caused a world-wide frenzy when it was posted on social networking sites. Some claimed that the dress was white and gold, some (like me) were adamant that the same dress was black and blue, while some say it’s blue and gold. Some people have also claimed that they sometimes see white and gold, but can also see it as blue and black at times.

People have argued for days and eventually settled that although the dress was in fact black and blue, we all see it differently. The video below explains why:

So how is it that we can accept the fact that people see this dress differently to us, but cannot accept that other people ARE DIFFERENT FROM US?

Why is it so hard for some to accept people from different ethnicities, socioeconomic status, abilities, different sex and sexual orientations?

Isn’t the greatness of this world due to our diversity?

I know I am talking about a small proportion of society who has yet to open their eyes. I am hoping that by using a popular example such as #thedress will help them understand what I (and many others) have been talking about for years.

Today’s Daily Prompt: What change, big or small, would you like your blog to make in the world? 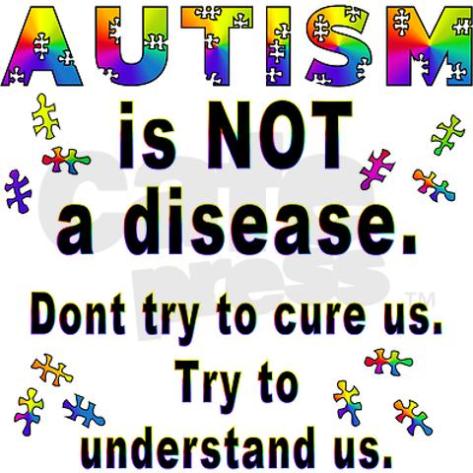 I want my blog to add to the growing sources of information about Autism. A lot of people with Autism are misunderstood since much of the popular beliefs about the condition is influenced by the media and out-dated studies. While a lot of these sources are correct and positive, they often fail to account for the differences between individuals with Autism.

Having worked with, taught and befriended people with Autism, I have become aware that Autism manifests differently. Each individual with Autism has his/ her own set of strengths and areas of needs that are unique to them. This reality tends to confuse people with little or no experience of Autism- ‘how can they have the same diagnosis but be completely different from each other?’ To be honest, I don’t know why this is the case. Nevertheless, what I found useful was to get to know each individual and respond to their needs and strengths accordingly.

By sharing my opinions, what I have read, listened to or watched, maybe I could increase people’s awareness, understanding and acceptance of Autism.

Today’s Daily Prompt Asks: If money were out of the equation, would you still work? If yes, why, and how much? If not, what would you do with your free time?

I am an educator, education researcher and a campaigner for Autism Awareness and Acceptance. I am very proud of what I do and I do not consider it work. I may not be the best at what I do, but I am stiving to be better at it all the time. The passion that I have stems from my interactions with the children and their families. A lot of what I already know has been passed on by experienced mentors who themselves are as passionate as I am with their cause. Despite the hard work, countless sleepless nights and the relatively small pay, I would not trade it for anything else.

If there is a chance for me to stop working for a living, I would do what I am doing voluntarily. That is how passionate I am with what I do. I believe that I am making a difference in people’s lives, albeit in a small capacity. But if we are to change the world for the better, every little effort is needed.

Today’s Daily Prompt asked: You’re embarking on a year-long round-the-world adventure and can only take one small object with you to remind you of home. What do you bring along for the trip?

I have always felt that everyone should not be classed as a citizen of any country. Rather, we should all be classed as citizens of the world. We should be free to travel and live anywhere we want without the unnecessary paperworks. Won’t that be nice? We could call the whole world our home!

Having lived in different countries, I probably have a very different definition of home compared to others. My ‘home’ is wherever my loved ones are. If they are coming with me to the trip, I do not need to bring anything. But in any case, I would not bring anything with me. I have a pretty reliable memory which would provide me everything I would need to remind me of ‘home’. The connections and emotional attachments that I have made with my friends, family, colleagues and students cannot be replaced by any object.

This brilliant version of Let It Go (from the movie Frozen) shares a person’s insight of what it is like to have Autism. I love it! Enjoy!

When is the best time to start teaching someone about Autism?

How can people best learn about Autism?

Are there any negative consequences of teaching young children about ASD?

The statements above are only a handful of questions I receive everytime I speak about Autism in formal and informal settings. I must say that the feedback that I have gotten since I started writing about ASD has been great. Nevertheless, there are still a lot of unanswered questions about spreading Autism Awareness and Acceptance.

In my opinion, no one can be too young or too old when it comes to learning about Autism. It is hard to deny that learning more about the people around you helps reduce stigma, prejudice and discrimination, which could eventually result to a more harmonious society. Spreading Autism Awareness is a small yet, significant part of making this world a better place. I admit that some information about Autism may be difficult for some people to grasp, for instance, its neurological and genetic aspect. However, being aware of the common symptoms and the ways in which one should interact with people with Autism can and must be taught to everyone.

One of the best ways in which people could learn more about Autism is exposure. The short clip below shows a young child taking care of his uncle (in her own little ways) who is an adult with severe Autism. The clip also shows a scene where the child says that when she grows up, she wants to learn more about Autism. It is a fantastic example of how one is never too young to learn and embrace Autism: