In response to this week’s Photo Challenge: Converge

In response to this week’s Photo Challenge: Angular 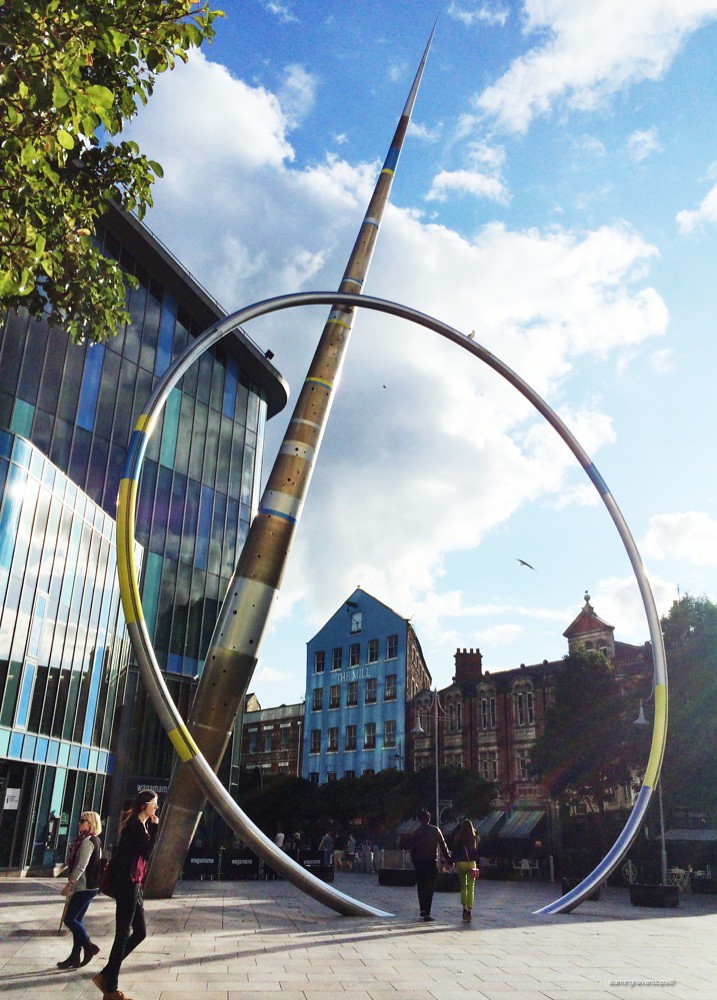 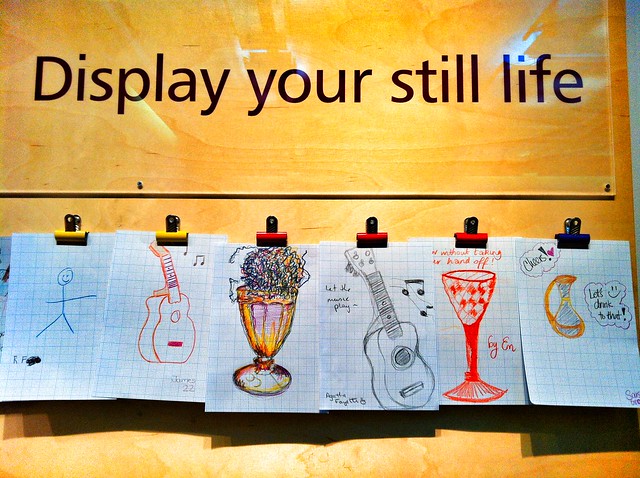 I am, and never have been, good at drawing or painting. I drew the one on the extreme left.

This was in the Manchester Art Gallery a few years ago.

Inspiring through the lens

The friendly, English-speaking extraterrestrial you run into outside your house is asking you to recommend the one book, movie or song that explains what human beings are all about. What do you pick?

(Is there anyone who you can remember
Who ever surrendered
With their life on the line?)

In another one of my exploits at Manchester’s Museum of Science and Insdustry last week, I stumbled upon the ‘Brain Bits’ event. This is another great event brought about by the fabulous organisers of this year’s Science Festival, which drew to a close yesterday. In ‘Brain Bits’, various researchers set up stalls at the top floor of the museum to talk about their research and/ or products to the public. As seen on the pictures below, these people talked about topics such as Alzheimer’s disease, vision, motor skills and coordination, seizures, and more. They explained, based on current research findings, which mostly were their own, how diseases spread, develop and can be slowed down. One group of researchers actually invited the public to take part in their experiment which looked at motor skills in flies (the actual names of which escapes me!). Some also presented fascinating equipments used in brain surgery.

As a psychology graduate and a neuroscience enthusiast, I have been impressed at how these researchers and volunteeers have been able to explain their topics in ways that were accessible to everyone. As it was a free public event, the audience were of mixed ages, gender and educational background. To be able to get most of them engaged and excited is not an easy feat, but the presenters managed just fine. Here are some pictures:

Demonstration of how to drill holes in the skull (using a model, of course!):

Explaining the similarities and differences of brains across species:

(From the left) Brains of a pig a rat and a mouse:

Evidence of my participation in an experiment investigating motor skills :

Here are the other presentations and interactive activities:
For me, the most exciting part of the afternoon was when I got the chance to dissect an actual pig’s brain. Guided by Professor Stuart Allan of the University of Manchester, fellow attendees and I sliced and examined pigs’ brains in the laboratory. While we were doing so, Stuart explained to us the significance of each part of the brain was. What was also amazing is that pigs’ brains are structurally mostly the same as ours. Both human and pigs’ brains have two hemispheres (left and right), corpus callosums (the part that connects both hemispheres), brain stem and cerebellum. They differ, amongst other things, is the size of the frontal cortex (with ours being signifficantly bigger). Stuart also welcomed questions from the participants, who asked him interesting questions such as ‘whether there is a sense for gravity?’ The whole experience was educational, fascinating, unique and fun. Not only did it shed a better light in understanding the brain, but by bringing the science out to the public, it offered more chances of inspiring people (both young and old) to get into science.

Do we know what each part of the brain does? If so, how?

How do brain surgeries work?

This week I have been fortunate enough to be one of the bloggers invited to a ‘personalised tour’ of the Brains: Mind As Matter exhibition at Manchester’s Museum of Science and Industry. Curator Marius Kwint, neuroscientist Prof. Stuart Allan and artist Daksha Patel guided us through this amazing exhibition which tells the story of how our knowledge of the brain developed over time and what we have done to the brain. The exhibition begins by showing the audience how brains (and in turn people), were classified according to the size of their heads- an extremely prejudistic and not to mention, flawed approach. Then it shows how people from Descartes to Cajal to Jeff Lichtman have attempted to represent the anatomy of the brain. Lastly, it tell us about the different surgical procedure such as trephination (drilling holes in people’s skulls), most of which are accentuated by photographs of people who have undergone such procedures. Gory though as it may seem, but such vivid truth-telling is what drew me even more to take a closer look, twice if not three times at each display.

The Brains exhibition highlights the interconnection between our culture and our understanding of the brain. However, what intrigued me the most is the fact that despite the enormous amount of progress and knowledge that we have accumulated through years of research, we still know very little about that 1.5 kilograms of mass that control our lives. The exhibit left me with a rush of excitement stemming from the realisation that there is so much more to discover about the brain, and that I, personally, can take part in these discoveries.

CLICK ON THE FOLLOWING LINKS TO FIND OUT MORE:

Museum of Science and Industry

Brains: The Mind As Matter (MOSI)