I am angry. VERY ANGRY. 1 in 88 people in America has a diagnosis of Autism and yet this still happens??? How could they do this?

I understand that not everyone would react in a similar way as these crew members, but I am horrified at their ignorance. I am also aware that the crew’s priority at times like this is to diffuse the situation (if it escalated) in a calm manner. One may argue that they did so by giving the girl some hot food, but they should have left it there. They should not have landed the plane and kicked the family out ‘just in case’ the girl had a meltdown. This is utterly disrespectful. The crew members should be punished for this.

This highlights the fact that people do need to be more aware of what Autism is, how it manifests and how to interact with people who are diagnosed with it.

“Stephen has Autism, and has a history of displaying behaviour that challenges. Living at home with his parents and 2 siblings, his family were able to manage Stephen’s behaviour by implementing Positive Behavioural Support. When Stephen left the family to go to School his behaviour deteriorated and he was sent to a hospital, which has now become his permanent home.”

Stephen’s mum, Leo wants him back home. He is currently stays at a Psychiatric Ward 24/7. He is not getting the support and affection that he needs- both of which his parents are able to provide. Leo is campaigning to bring Stephen home. Help her by signing her petition HERE

Yes, it is a positive one.

I know, not everyone with Autism/Asperger’s are the same.

Yes, I recommend it.

It’s about a parent who accepted that her child is different but rejected others’ advise to allow this difference to become debilitating. This is about a parent and child’s amazing journey in life where they allowed Autism to be a part of their lives. They accepted it, lived with it, and saw its positive side.

Seinfeld recently revealed that he thinks he is on the Autism Spectrum in an interview with Brian Williams on NBC’s ‘The Nightly News’. When asked about why, he said that he is ‘never paying attention to the right things, basic social engagement is really a struggle. I’m very literal. When people talk to me and they use expressions, I don’t know what they’re saying‘.

While his revelation may seem positive because of his acceptance of this possibility, I believe that his explanation of the ‘markers’ shows how limited his understanding of Autism is. Sure, he did not shy away from admitting that he may have Autism – a way of saying that having Autism is not a bad thing, but his description is deeply problematic.

His description is a negative one- it included what could be wrong or what one may see as ‘dysfunctional’ in people with Autism. I have always believed that while it is important to acknowledge what people cannot do, it is more important to highlight and focus on what they CAN DO. In addition, the seemingly negative things that he outlined can be seen as positives. ‘Never paying attention to the right thing’ all depends on what one thinks ‘right things’ are. In my experience, people with Autism are exeptionally brilliant at focusing on fine details – the ones that people without Autism cannot see.

Social engagement is not always a struggle. Again, this depends on who is interacting with the person with Autism. Having an open mind goes a long way. Also, I have met people with Autism who have more confidence in public speaking than me.

Being literal, or not understanding sarcasm or implied meaning in language may be seen as a weakness, but trust me, this skill can be taught. The same goes with expressions.

While it may seem like I am attacking Jerry Seinfeld, please be assured that I am not. I just want to explain the improtance of being aware of the complexities and the positives of having Autism. More often, I speak with people who only know how to describe Autism by outlining the negative behaviours and the things they cannot do. I think it’s time to stop that trend. I want us to focus on what they can do and what is great about having Autism. 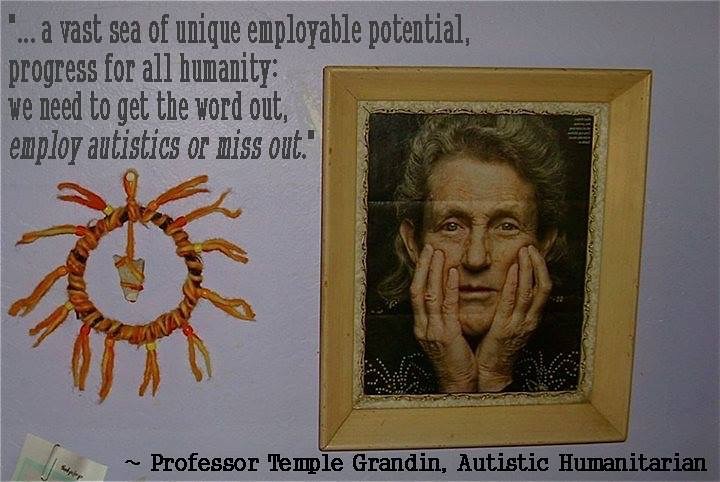 Autism: How new therapies are helping people with ASC – find out newly developed therapies that may help people with the condition. Be aware that not all of these therapies have been evaluated!

Food, clothes, transport, beds and ovens: the aid schools are giving UK pupils – poverty is everywhere. Schools find it difficult to ignore the signs of poverty in students, and are doing the best they can to help.

Girls and Autism – How does Autism affect girls and what can be done about it?

Preparing for Halloween – how can we prepare people with Autism for halloween?

A mother and his son in Australia is seeking help as they are about to be deported on the sole basis of his son having Autism. The boy’s mother, Maria is a nurse who have lived and worked in Australia since 2007. Upon applying for a visa renewal, the government denied her as her son, who has Autism, is deemed to be a burden to the health care system. (Click HERE to read more on their story)

Please help them by signing this petition. Please.