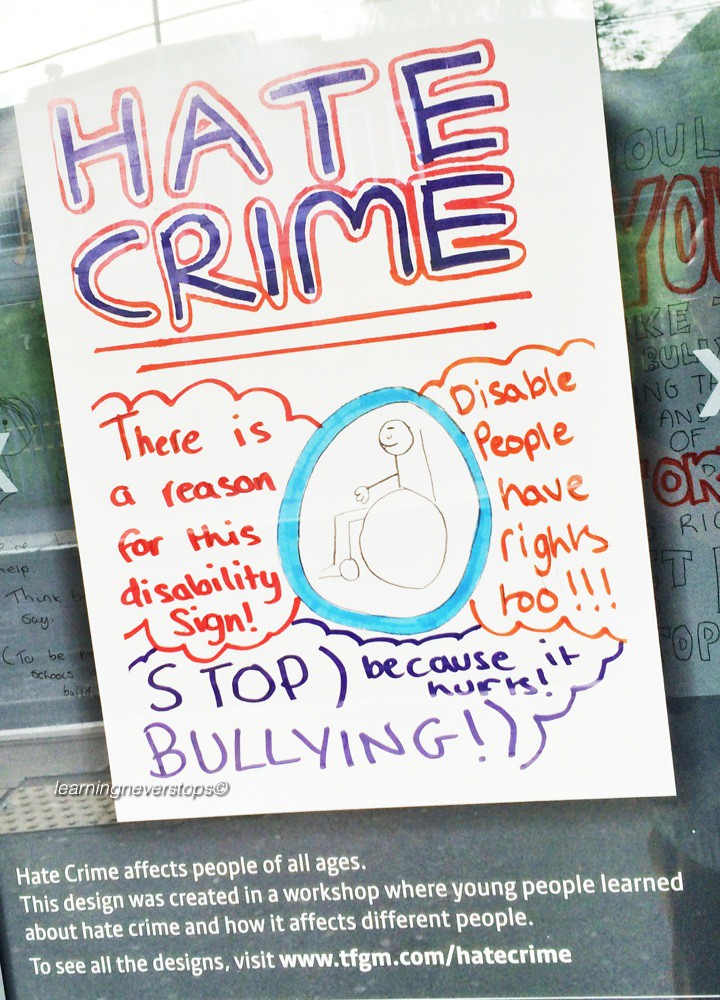 The most powerful story I have ever heard/seen/experienced is inequality. I see it, hear it, and feel it everyday. It’s everywhere – in the bus, supermarkets, schools, the news.

The world that we live in is not fair and most of us have to fight for what should be ours. It is important that we all fight for equal opportunities. Our wealth, sex, age, physical and mental abilities, racial background, or faith, should not inhibit us from having the same opportunities and rights as others. On the same token, we should not treat those who are different from us, in a different way to those who are similar to us.

The story of inequality stikes me everyday. I believe that reducing it is part of my job on this earth.

Today’s Daily Prompt asked: You just inherited $1,000,000 from an aunt you didn’t even know existed. What’s the first thing you buy (or otherwise use the money for)? 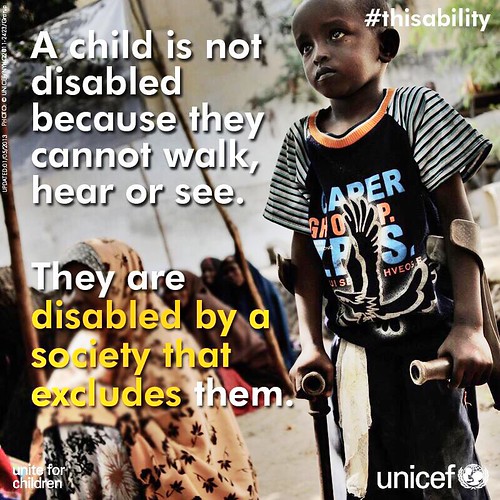 $1,000,000 can go a long way. I would use most of it to build an inclusive primary school in the Philippines – the country where I was born. The school will cater for students of all abilities, socio-economic status, religion, gender, etc. It will not discriminate. It will show other schools how it should be done. We will provide a high quality education and will also provide training for parents of children with various needs. I would employ staff that have an open mind, great character and superb knack for teaching. The facilities will be able to cater for kids with disabilities.

One may ask why I would not buy a house, car or whatever for myself. I thought about it, but kids back home would need this school much more than I need those material things. Plus, helping them would make me happy!!

When we look at the UK’s education system today, particularly its emphasis on inclusion, it is difficult to imagine how much have changed over the years. At present, teachers and teaching assistants work very hard everyday to ensure that they give all of their students the best chance to succeed academically and socially. Both the Salamanca Agreement (UNESCO, 1994b) and the Dakar Agreement (UNESCO, 2000) have aimed to promote an inclusive education which expects schools to educate all students, particularly those with Special Educational Needs and Disabilities. But this has not always been the case. In this post, I will provide a brief summary of the policies that have helped to shape the education system in the UK.

Prior to this Act, only a small percentage of children in the UK went to school. This Act stated that education should be compulsory for all children between the ages of 5 and 10 years old.

ASIDE: During these times, funds to support schools and teachers mainly depended on examination results, i.e. bad results leads to funding being withheld. An unfortunate consequence of this is that the majority of ‘good’ teachers focused their effort on bright students- those who would get them the results they needed, whilst ignoring those who had significant barriers to their learning. In addition, ‘good’ teachers chose to work in schools which had a high percentage of passes in the hope of receiving high salaries. Some schools refused to admit children with disabilities and those who have emotional and behavioural difficulties as they fear they would ‘pull’ their pass percentages down.

Parallel events are occurring in countries such as France, whose government wanted to devise a selection process which will allow them to  identify which children are mentally incapable of learning, from those who are in order to find out which child can be offered an education placement. This then gave rise to the test developed and published by Alfred Binet and Theodore Simon in 1905. Refinements by Terman and Stern (1912) brought about the concept of an Intelligence Quotient, or I.Q. as we know it today.

This Act gave local Authorities the freedom to devise their own educational plans to meet their areas’ needs. This included strategies to identify children’s cognitive abilities (using I.Q. tests).They enlisted the help of medical professionals who judged whether children are suitable to attend mainstream education or not on the basis of low I.Q. and/ or emotional and behavioural difficulties.

6. Appointment of Cyril Burt as the first Educational Psychologist in the UK

Due to the fact that medical professionals back then were not trained in the field of psychology, which made it difficult for them to assess children’s educational profiles, the London Conty Council appointed Cyril Burt as an Educational Psychologist. Burt helped to identify children’s educational potential and capabilities. By the end of the 1920s, assessments were made by teams which consist of psychiatrists, psychologists, physicians and social workers.

School leaving age was raised to 15 years, and secondary education was delivered in Grammar Schools (high achievers), Secondary Technical Schools (average students) and Secondary Modern Schools (everyone else). This Act also stated that children who have any ‘disability of the mind or body’ should be provided with an alternative educational provision. It intended for a segregated education, instead of an inclusive one.

This stated that all students should be taught in mainstream education instead of in segregated provisions. This report argued that more and more children are being placed in special schools, but the needs of most of them can be met in mainstream education. It also claimed that the 1944 Act led to stigmatization of students who were labelled as ‘maladjusted’ or ‘subnormal’.

This Act introduced the Staments of Special Educational Needs for children with severe barriers to their learning. This Act required teachers to identify children who needed extra assistance, whilst also requiring local authorities to formally assess children and then provide their schools with additional resources to meet these children’s needs. Consequently, conflicts between teachers’ and LA’s opinions about children’s SEN, with teachers saying that LAs were more concerned about spending than actually meeting the needs of the children. Despite this problem, parents were given the right to appeal to LA’s decisions under this Act.

10. The 1988 Education Reform Act and the introduction of the National Curriculum

The National Curriculum was introduced, which should be followed by every child, regardless of their educational needs. Special schools however, were allowed to deliver the curriculum at a much slower pace and at a lower level. This Act also introduced school inspections and standardised tests such as the Key Stage Standard Attainment Tests (SATs). With parents being allowed to chose schools and with the pressure for schools’ teaching staff to perform, this Act’s unfortunate consequence was the return of Payment by Results system. Again, as a result, most teachers’ focus was directed towards pupils who will give them the results they need to maintain their jobs. These consequences act as a deterrent to the inclusion of students with SEN.

This requires schools to show that they have done everything they can to help address children’s difficulties before any statements were issued. A Tribunal System was established to give parents even more rights to appeal to decisions made by their LAs.

This Act introduced the three different levels of support that schools can give to students with SEN:

This paper plans to make changes in response to the inefficiencies of the current system. The authors claimed that

This Green Paper aims to (taken from the Department of Education):

The Autism Show is an event dedicated to the people working with, living with, and teaching individuals with Autism Spectrum Conditions. The show takes place in London and Manchester next month, with presenters who are leading professionals in their fields. Also speaking are some parents and individuals with Autism to share new strategies and their experiences.

For more information and to book your tickets, visit www.theautismshow.co.uk

Watch and be inspired: