They are no longer making Harry Potter movies, nor is J.K. Rowling writing another HP book. But the Warner Brothers’ Harry Potter Studio Tour keeps the story alive. Have a look at some of my pictures: 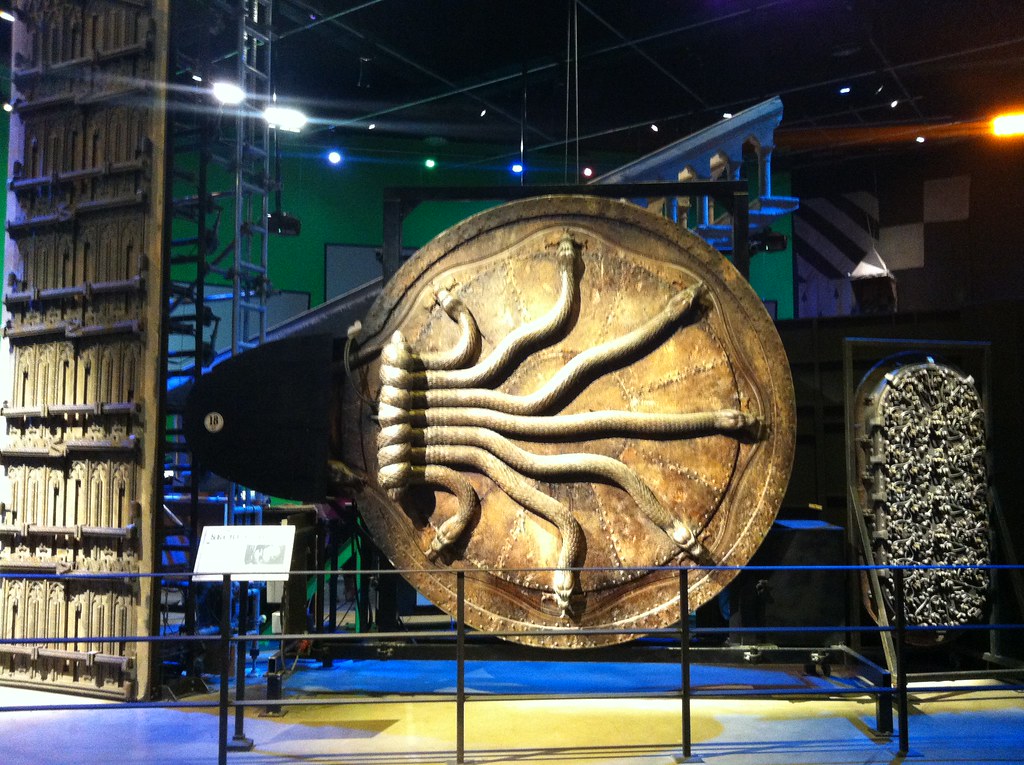 In response to this week’s photo challenge: Gone but not forgotten

Today’s Daily Prompt: We’re less than a week away from Halloween! If you had to design a costume that channeled your true, innermost self, what would that costume look like? Would you dare to wear it?

It is always difficult to truly unmask yourself- regardless of whether you are alone or with others. Knowing who you really are can be daunting. Who you are may not be who you want to be. It may also be the opposite of who others want you to be.

But does it matter? A lot of us spend countless hours in front of mirrors just to make sure that we look as good as others expect us to be. Sometimes, we nail it. Sometimes we don’t. Sometimes we are who we want ourselves to be, and we sometimes aren’t.

Our desires change. We change. others change.

Should we go with the flow? Which flow? Why? Why not?

If I’m going to design a costume that would reveal the inner, truest of true me, I’ll probably get dressed in bacon. Not everyone likes bacon, but I do. Bacon can make people happy for a while. 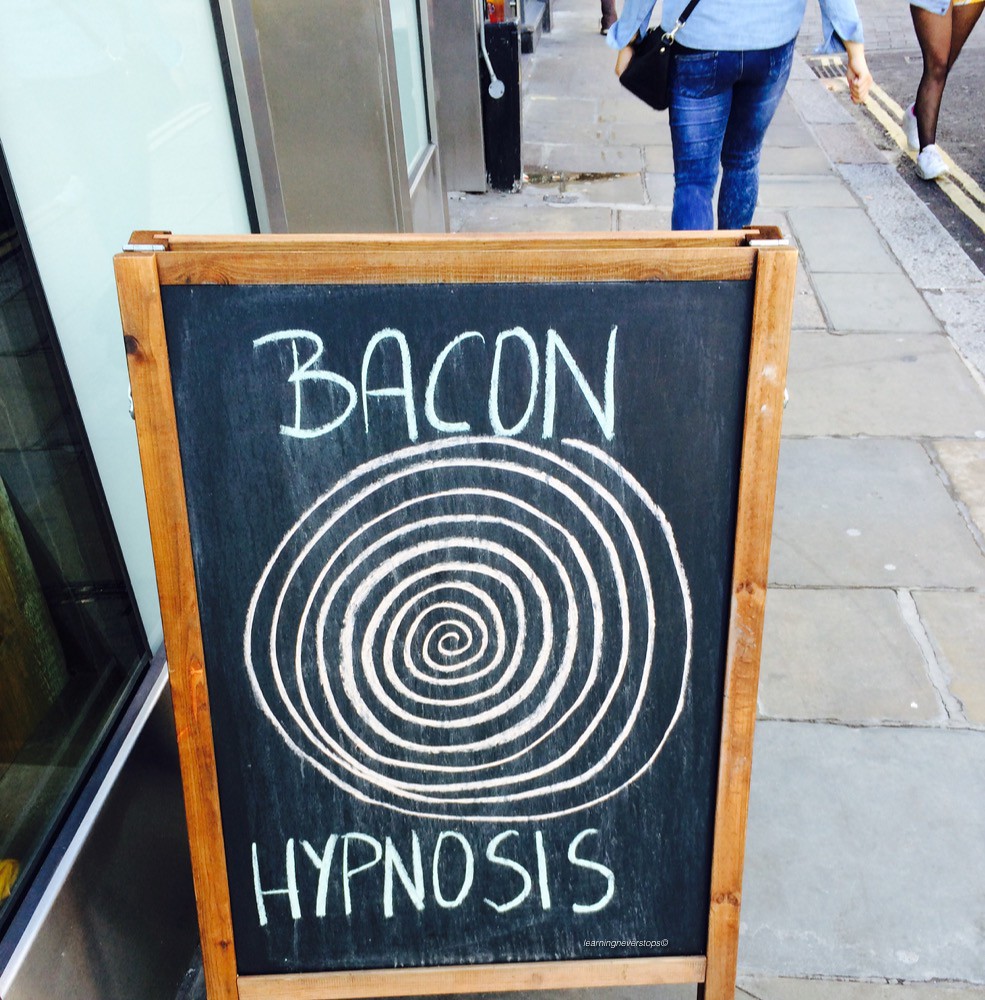 The Autism Show is an event dedicated to the people working with, living with, and teaching individuals with Autism Spectrum Conditions. The show takes place in London and Manchester next month, with presenters who are leading professionals in their fields. Also speaking are some parents and individuals with Autism to share new strategies and their experiences.

For more information and to book your tickets, visit www.theautismshow.co.uk

Attention Deficit Hyperactivity Disorder (ADHD) is one of the most common developmental condition there is. People who are affected by this condition find it difficult to stay focused on a task, avoid distraction- however minimal, to regulate what they say and do despite the consequences (impulsiveness). As a result, they usually get into trouble, particularly when in schools. A lot of students are often labelled as ‘naughty’, ‘disobedient’ and sometimes, impossible to deal with. However, there are a number of cases wherein the condition is managed through medication and other interventions.

One such case is that of Olympic sensation Michael Phelps. Phelps was diagnosed with ADHD at the age of nine after his teachers noticed his lack of focus on school tasks (amongst other things). He was prescribed a stimulant medication which according to his mother had worked wonders with him in school. Although after a few years, Michael stopped taking his medication.

His mother actively searched for ways of helping Michael manage his condition in everyday life. When teachers complained about Michael’s inability to do certain things, Mrs. Phelps always asked what the teachers are doing to help him instead of telling off her son. Michael’s love for swimming was further encouraged by his mother, who went to his swim meets since he was a young kid to cheer him on. These times were also used by his mother to teach him some important values in life like sportsmanship and self-discipline. The effects of these efforts were showcased worldwide on every Olympic games held since 2004. Now known as the greatest Olympian of all time, Michael Phelps has won a total of 22 medals, including 4 golds and 2 silvers in the  2012 London Olympics.

It can be seen once again that if individuals are given the right attention, treatment and intervention, along with being surrounded by people with the right attitude, anything is possible.

Over the past three weeks, the BBC has shown a documentary (WATCH BELOW) which featured musically talented individuals with Tourette’s syndrome (TS). Tourette’s syndrome is a neurological condition characterised by uncontrollable motor and/ or verbal tics. At the time of writing, there is no known cause of the condition and hence, treatments are still being developed.

In the programme, DJ/ TV presenter Reggie Yates interviewed each of the individuals to find out the severity of their TS and the extent to which their condition has affected their lives. Reggie also found that their tics however severe disappeared whenever they sing or play a musical instrument. Doing so gave them a sense of calm. These individuals were then brought together in a studio and over a period of eight weeks, they rehearsed for a concert which they performed in front of a lot of people.

I felt that the series showed how their diagnoses are only a part of their personalities. Each of them has an incredible talent which, sadly has been over-shadowed by their Tourette’s. More often than not, people tend only to focus on what people cannot do rather than what they can do. The reason why I wrote the last sentence is due to the comments made in Twitter. Almost every tweet mentioned how great, wonderful and gifted this group of people are and that their ability to stand up and sing on the concert was a massive achievement- almost a miracle. While I agree to all of those statements, I was amazed how surprised these people are with what they saw. To me, this highlights the need for us to get to know each individual that we meet, regardless of whether they have a physical and/ or psychological condition or not, as a whole person. We should not let others’ disabilities mask who they truly are. Yes, their conditions are a part of themselves and that we need to tailor our behaviours and language to their needs. But their conditions are a fraction of a whole person. Focus on what they CAN, not on what they CAN’T do.

Working with students with Special Educational Needs gave me the opportunity to see how each individual, regardless of their condition, have a unique set of strengths, limitations and extraordinary talent. Majority of students who were surrounded with people who have a clear understanding of their diagnoses and the willingness to get to know them have flourished beyond what most professionals expected. So please, open your mind, throw stereotypes out of the window and get to know each person as a whole.

For more information on Tourette’s Syndrome, click on the links below: